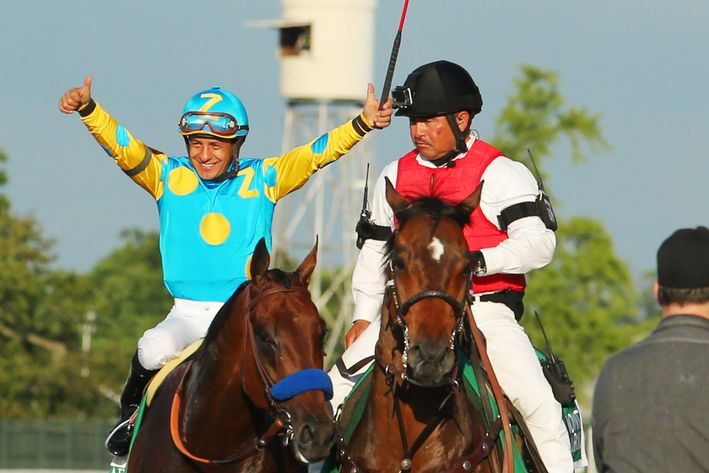 Honorable move, Victor Espinoza. Thank you for shining a light on all of the valiant kids fighting cancer!!!

American Pharoah jockey Victor Espinoza always donates a percentage of his winnings to City of Hope, a cancer research and treatment facility in California. After winning the Belmont Stakes and, with it, the Triple Crown yesterday, however, he was feeling especially generous.

At the wire I was like, ‘I cannot believe I did it,'” Espinoza said. “I (won) the Triple Crown race now, but I didn’t make any money, because I donated my money to the City of Hope.”

This, from a report in the Courier-Journal, shows part of the reason it was so easy to root for Espinoza to be a part of winning the Triple Crown. The horse’s owners will also be donating a portion of their winnings to several different parties, including the Permanently Disabled Jockeys Fund.